How I Came to Translate the Egyptian Hieroglyphs 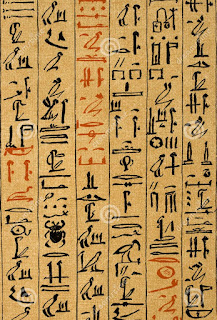 I have to say that although the story still deeply lives in me, I really don’t need to tell it anymore. So here it is one last time on my blog.


The year was 1980.  “Now,” said Prof. Goldfarb, “for the second part of your translation workshop, switch to your third language.”


“Sidney, I don’t have a third language.” I distinctly remember that moment, standing at a faculty party with my back up against a wall, literally. I waited all week to make my confession. I thought okay I’m an imposter and I’ll just have to leave Colorado now.


“Well,” he said. “Pick a language you like and then teach yourself. Get a good grammar dictionary. Get some variant translations.”


So I picked hieroglyphs. Why? Maybe because when I was younger I thought I had to choose between painting and writing. Hieroglyphs combined the best of these worlds.

But really there was another reason. A friend from the neighborhood in which I grown up, Robert Weiler, suggested one day – after a long metaphysical conversation sitting on a stone wall at the Old State Capital in Frankfort Kentucky – that I read the Egyptian Book of the Dead. He was so convinced that I should read it that he walked to me to Poor Richard’s Bookstore across the street, pulled The Papyrus of Ani by Budge from the shelf and said, “Buy this.” So I did.


He later came to my house with a cardboard box filled with other metaphysical books that he had been studying through the years. He said he had to move out of his apartment; the Old Y building was being condemned, and anyway he was leaving town. He had no way to keep these books, so he asked that I keep them until he returned. I said fine. He said you can read them; you might find them interesting. And he left.


And I never saw him again. He died. In fact he was murdered. Of course that’s a whole other story, but he gave such intensity to these books which he left me and to the Egyptian Book of the Dead which he insisted that I buy, Robert Weiler was the reason I began a nearly 10 year study of the history, mythology, and language of ancient Egypt. I was just trying, in my own way, to make some sense of his death. Surely there must have been a reason that this book was given to me right before he died.


These metaphysical books of his and that Egyptian Book of the Dead with its hieroglyphs I kept in mycloset on the top shelf for another two years. The books almost seemed to vibrate on the shelf. Sometimes I wake in the night and think I’d left the closet light on. I get up to turn it off and it would be off. I could feel Robert’s energy in the closet as if he were saying “I gave this to you for a reason.”


Until that moment when Sidney Goldfarb suggested that I choose another text to translate, other than Spanish, I really had no idea what that reason was. 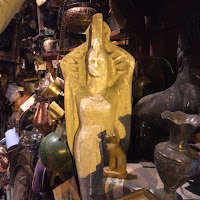 Thus, began my process of translating hieroglyphs and steeping myself in other symbolic language systems: Mayan glyphs, Mandarin Chinese, Ogham, Sanskrit, Sumerian Phoenician, and linear A and B. All of these symbolic languages seemed to point to better poetry, stronger short stories, more dream interpretation, and now clairvoyant messages and pattern thinking. The ideal that carried through the symbolic and real languages was this: All words are magic. All words are words of power. All languages are thought forms and the world itself that springs from divine thoughts. Yes, and so does silence and the blank page.


Perhaps this is the true meaning of my blog title The Goddess IS an open book test. I carry with me a lexicon of symbols, phonetic and symbolic. I carry with me the stories told to me by my father, a storyteller and gossip par excellence. The stories he told of the people of his family and community wove a rich tapestry that it became a mythology and grew larger than life. He told story after story around his mother’s dining room table. And as a child I lay under that table enthralled with story.


Now I carry the stories myself; it’s our personal myth. That’s how we come to understand the recurring patterns of our lives – as if they were story. You have to lose the idea in life or in fiction that you are making it up.


There is a long part of the story that I want to tell without any blame. It simply goes like this: I spent 10 years translating those hieroglyphs over and over from beginning to end of the book, focusing on the imagery, then the sound, then the mythology, trying to put it all together so that it did not appear like the gobbledygook most early Egyptian translations seemed to be. I was long past that translation workshop with Sidney Goldfarb. I was married, I had a baby, I have a full-time job, and I was having myself hypnotized in order to wake up at 4 a.m.every morning so that I could write and work on these hieroglyphs. It seemed to any outsider (and that included friends and family) that I had lost my mind.


Whatever happened I was not going to give up on this book. I promised myself that I would write this book for the rest of my life if I had to because I could not do otherwise. I told myself that perhaps I am no writer, but the writing matters. The pattern I was discovering in my life mattered. And if I never published a single word in my lifetime, I thought at least I will have lived my life as a writer. And maybe I had lost my mind, or at least I lost myself in these glyphs so deeply that they became my reason/my purpose for being. 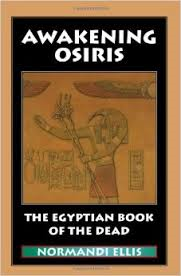 There were many arguments over family responsibilities with my husband, who one night convinced me that I should throw the work away and just get on with my life. Driving to the dump with my manuscript in the backseat of my car that night, I saw the spirit of my friend Robert in the rearview mirror sitting next to my manuscript. I thought to myself  that this was just my imagination; until he touched me. The act of touching me sent a current of electricity through my body that it shattered me totally. I stopped the car and I shook for another five minutes. When I said “Don’t you ever do that again to me, Robert. You scared the hell out of me,” he vanished. I got out and hid my manuscript in my car trunk in the wheel well of the spare tire.


And I keep working on the manuscript over my lunch breaks for a couple more months. Finally, someone asked me if that manuscript I’d been working on all this time was finished. And he said, “If it is, I would like to publish it.”


In 1989 my first book, Awakening Osiris, was published. I was 35. Everything that happened since then was because of that magical appearance of Robert Weiler in 1978. Magical things do happen. To my mind, this is beyond synchronicity.  On the first $500 royalty check from my book I was able to make a side trip from my mother-in-law’s house in Greece to Egypt. I had spent nearly 10 years steeped in that landscape and time, but I was only able to see it for the first time in 1989. I felt completely at home in Egypt, as if I had lived there thousands of times. My soul seemed to know this place.


Two years later, Jean Houston became my mentor after becoming the voice of my book on tape. When I met her in a workshop it felt as if she had pulled me up from under a rock, and she welcomed me into the light. She asked me to accompany her and Peggy Rubin on a life-changing trip with 90 people to Egypt. I worked with her some years after as well.


I could see in all this the glimmer of my future life as a writer. I have published 11 books now. More than discovering my writing though, I discovered a sense of my spiritual home—a place to which I would return again and again. I live inside the magic of Egypt.


I tell my writing students to keep writing until their stories have finally found them. It’s a beautiful, rich adventure, this life. This dream of being a writer is not something you have; it’s something you get to live into. 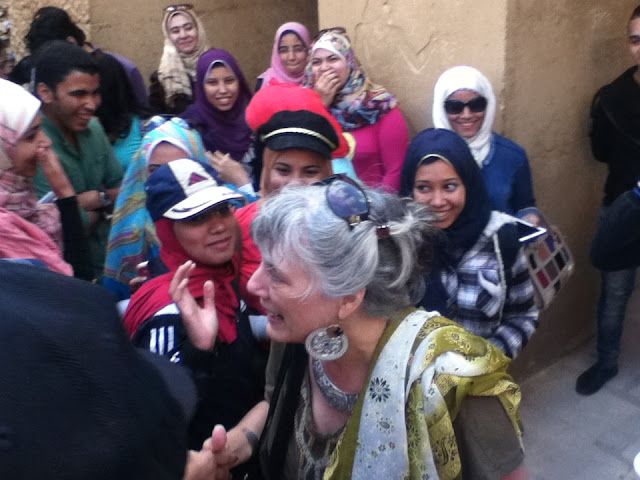